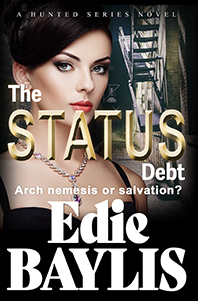 If your arch nemesis becomes your salvation, surely it can only end in tears?

Lillian Morgan would do anything to regain the status she lost by marrying beneath her and to cover the sordid details of her husband’s death. This includes blackmail and the hand of marriage of her own daughter…

Tori’s father would have stopped his daughter’s misery. He’d have stopped it in a heartbeat, but he couldn’t because he was dead. He’d been dead for years.

Tori thought her life couldn’t get much worse, but when her abusive fiancé attempts to further his high-profile career, she finds herself mixed up with Ash Hunter and his crew - the sort of people she has always despised and blames for her father’s death.

She hates Ash Hunter and the feeling is mutual, but life moves in mysterious ways and things unexpectedly change.

Someone is not being honest and secrets have the power to rip everyone to shreds.

Especially when life is built on lies.

** This book contains sexual scenes and some violence.** 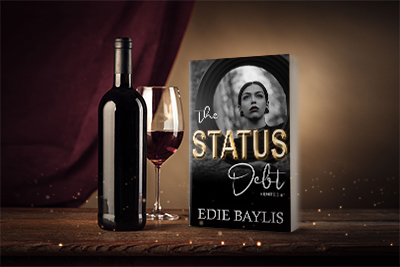 The Status Debt is available for Kindle or to borrow on Kindle Unlimited as well as the paperback from:

Goodreads reviews for The Status Debt